To share your memory on the wall of Evelyn Birkett, sign in using one of the following options:

Evelyn was the third of four children and the second daughter of Th... Read More
Evelyn Birkett was born on November 23, 1934 in Cameron, South Carolina. She transitioned to be with her heavenly Father on April 6, 2021 at 1:00 a.m. in the Bronx, NY.

Evelyn was the third of four children and the second daughter of Thomas and Virginia Glover. They moved their family from South Carolina as part of the Great Migration in the late 1930’s to West 118th Street in Harlem. She was educated in the New York City Public School System and after high school attended sewing trade school and nurse’s aide school.

In 1951, Evelyn had a son, Dorain, who she raised with help from her family until she married Carl Birkett on October 23, 1954. That union was blessed with three additional children who were all raised in Harlem, Desariee, Carl, and Leslie. After the ending of the marriage, Evelyn used her nurse’s aide training and worked as a Nanny to support her children. She was always very dedicated to her children, making many sacrifices along the way to ensure their every need was met and more importantly that each one received their education from elementary school all the way to college. In addition to raising her own children, in the late 1980’s, Evelyn took on the added but very needed responsibility of raising her granddaughter, Special. She also helped in raising her great-grandson, Jayquan, the son of her eldest granddaughter, Nichole Birkett, who predeceased Evelyn. Evelyn took great pride in being very independent and having the ability to take care of herself and her children. She was focused on her children having more in life than she had.

In addition to spending time with her family, Evelyn enjoyed traveling, going to the movies, visiting casinos and most of all going to church. Evelyn was a lifelong member of First Sharon Baptist Church and immensely enjoyed her service on the Usher Board.

To send flowers to the family or plant a tree in memory of Evelyn Birkett, please visit our Heartfelt Sympathies Store.

We encourage you to share your most beloved memories of Evelyn here, so that the family and other loved ones can always see it. You can upload cherished photographs, or share your favorite stories, and can even comment on those shared by others. 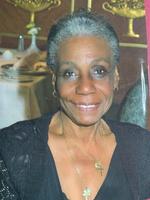 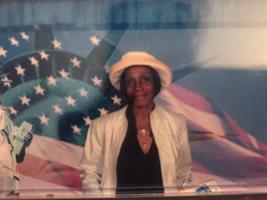