To share your memory on the wall of Sally Davis, sign in using one of the following options:

Sally, affectionally known as “Doll” and/or “Doll Baby”, was educated in the public schools of Harlem, NY. She later attended Parkwest High School taking adult classes in Culinary Arts. Sally was the President of the PTA of P.S. #76 and J.H.S. #204. She was involved in the Queens Bridge Tenant Patrol.

Sally’s love for children led her to have a daycare at home where you could always find her surrounded by children. She had such motherly love, most of them didn’t want to go home when their parents came to pick them up. Her apartment was bursting at the seams, so she decided to give up home daycare and went to work at the Merrick Y Daycare Center as a Cook.

Doll was well known for her cooking. She was always volunteering to cook at her children’s school functions, church, family gatherings, Queens Bridge Project outings and going to the River Park for bar-b-ques. Sally loved Music and could she Dance. She also loved sewing for family and friends

Sally grew up in Shaw Chapel United Methodist Church, which was her family church. She worked in the kitchen, sang on the choir, taught children’s bible study and vacation bible school. She began attending Brooklyn Tabernacle Deliverance Center in 1978 and joined in 1982. She sang with the C.R. Johnson Choir and was active in the Wednesday Morning Choir and Service. Sally was also apart of the Women’s Fellowship and traveled everywhere with them. Whenever we needed help, Sally was there.

She attended Community Bible Institute & Seminary and received Certificates from many classes including: Leadership Training, Governmental Ministries, Faith, General Bible and Bible Survey, just to mention a few. She also sang on the Bible School Choir.

To send flowers to the family or plant a tree in memory of Sally M Davis, please visit our Heartfelt Sympathies Store.

We encourage you to share your most beloved memories of Sally here, so that the family and other loved ones can always see it. You can upload cherished photographs, or share your favorite stories, and can even comment on those shared by others. 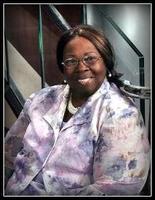