To share your memory on the wall of Janie Pinckney-Smith, sign in using one of the following options:

She married Mr. Henry Frazier. To this union, two daughters were born Audrey and Demetra Frazier. Janie was a dutiful member of the Order of Eastern Star. She worshipped at Greater Central Baptist, where she served as an usher. Later in life, she affiliated herself with the church family of Mt. Zion A.M.E.

Janie loved traveling and cooking, especially her collard greens and red rice. Her favorite holidays were the Fourth of July, Thanksgiving and Christmas. She longed to be in her John’s Island home with family and friends surrounded by love and food. Throughout her life, she had many ups and downs. The Lord has been so good to her. Through the rain, storm, and sickness; Janie kept the faith and held on to God’s unchanging hand.

Janie was a strong woman who played by her own rules. She would always say: “I pay the cost to be the boss”.

To send flowers to the family or plant a tree in memory of Janie L. Pinckney-Smith, please visit our Heartfelt Sympathies Store.

We encourage you to share your most beloved memories of Janie here, so that the family and other loved ones can always see it. You can upload cherished photographs, or share your favorite stories, and can even comment on those shared by others.

Mann, Jones, Medley purchased the Serenity Wreath and planted a memorial tree for the family of Janie Pinckney-Smith. Send Flowers 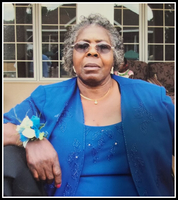