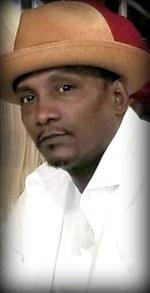 Pedro Anthony DeJesus III, also known as "Papo" and Messiah, was born on July 11, 1966 to his proud and loving parents, Pedro DeJesus Jr. and Patricia White. He was the last of four children.

He was raised in the Soundview Projects in the Bronx and in the Woodside Projects in Queens during his teenage years. His last residence was on Roosevelt Island, New York.

He met Rowenia Carruthers in Boston in 1984. This union was blessed with three sons and lasted for 36 years until his untimely transition.

Papo had the heart of a lion...Fearless and Strong. From a very young age, he always protected his mother and three sisters. This was something that his father instilled in him as the only son and brother born by his parents union.

Everyone looked up to and respected Papo, for he was a father to many his community. He would help anyone in need, either by by opening his home or with his words of wisdom.

Papo was a very hard worker and worked tirelessly for his family at Union Local 79 for many years. It was a hard and physical job that he loved doing and got up everyday to do for his family with no complaints or excuses.

Papo departed this earthly life on January 6, 2021 and has gone to be with with grandparents and cousins.

He leaves to mourn and cherish fond memories: the love of his life, his wife, Rowenia and their three sons, Melvin, Reni, and Jalen; his mother, Patricia White, also the love of his life; his father, Pedro: his three loving sisters, Pilah, Patrice, and Pleshette; and his half brother, Paul. He also leaves to mourn a host of nieces, nephews, grandnieces, grandnephews, family, friends and his beloved dog, Scout.

Papo will be forever and truly missed by all whose hearts and lives he touched in so many ways.

Lovingly submitted by the family