To share your memory on the wall of Frances \"Nook\" Cooper , sign in using one of the following options:

At age 12, Frances' mother died and the following year her father passed. Frances' aunts quickly took her in and cousins, Frances, Fanny, and Rozoetta whom quickly became her sisters. They called her Nook (which we still do not know what it means but it stuck with her till this day). Her aunts were strict, but Frances was a happy child who loved to climb trees and pick berries but was scared of the dark and could not stand bugs, and butterflies. Frances was a honor student while attending Gamble Elementary. During her high school years, she loved to play basketball. She also worked as a baby-sitter.

Frances was the 5th of five children; a brother, Wade and three sisters, Laura, Elizabeth, and Ann, all of whom died at birth. Her stepsisters were Tina and Grace, and her stepbrother was George. Frances was awfully close to her stepsisters, brother, and cousins and would soon travel north to be with them. Her first stop would be Maryland where she stayed with her brother. Later, she headed up to New York where her three stepsisters lived. There, she soon would meet her husband, Richard Ryan Cooper.

Upon arriving in New York, she pursued several careers including making toys and a file clerk. Then, she landed a job at the St. Vincent Hospital. After many years, she retired as a Supervisor on the Psych Ward.

Nook will never be forgotten with her famous tag line:
“See You When I Get There”
Read Less

To send flowers to the family or plant a tree in memory of Frances "Nook" Louise Cooper (Fulton), please visit our Heartfelt Sympathies Store.

We encourage you to share your most beloved memories of Frances "Nook" here, so that the family and other loved ones can always see it. You can upload cherished photographs, or share your favorite stories, and can even comment on those shared by others.

Posted Jan 13, 2021 at 08:44pm
Damon - My deepest sympathies and condolences to you and the family. Gramma was so bright and joyful and will be very missed. Loving you, Samara

Love's Journey was purchased for the family of Frances "Nook" Cooper . Send Flowers 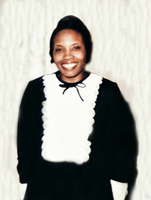 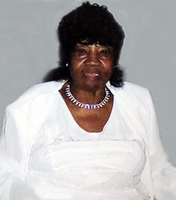