To share your memory on the wall of \"Ellie\", sign in using one of the following options:

On a New York City subway, a chance encounter and persistence, lead to Elliott meeting and later marrying the love of his life, Iola Rivers-Leaf, on April 29th, 1996

Elliott enjoyed watching movies and was a huge fan of the Jets, Yankees and Knicks. He also loved to travel and enjoyed going on trips with his family. He accomplished many wonderful things throughout his lifetime but one of his most important achievements was obtaining his GED in 2018.

Elliott was a humble, loving person who took care of all his family and friends. He will be missed dearly.

To send flowers to the family or plant a tree in memory of "Ellie", please visit our Heartfelt Sympathies Store.

We encourage you to share your most beloved memories of "Ellie" here, so that the family and other loved ones can always see it. You can upload cherished photographs, or share your favorite stories, and can even comment on those shared by others. 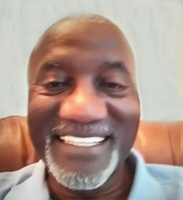