To share your memory on the wall of Terry Johnson, sign in using one of the following options:

Print
Terry Lowe Johnson was born in Tuskegee, Alabama to his mother, Odell Askew and the late Richard Jr. Johnson, on March 8th 1959. He was the third child of the family.

Terry was born in Tuskegee and raised in Tallassee, Alabama, Terry attended the Reeltown School System where he graduated with his High School Diploma.

In 1984, Terry migrated to New York City, where he met and fell in love with his best friend and the mother of his four kids, Mickey. Mickey and Terry were inseparable for over 30 years. Terry adopted many nicknames such as “Shorty or Short, Mello Yellow The Big Head Fella" just name a few. He was famous for his saying “bye bye” when he was done talking to you and “I said what I said and I meant what I said you heard me”. Terry spent his adulthood hanging out on 119th and Lenox with his uncles and brothers.

Terry gave his street life a rest when he secured a job with Charles A. Walburg Meals on Wheels Company, where he was employed for seven years. He then went on to work for a Temp Agency where he later retired. He was famous for his smile, his laugh, his country/city swag, and giving you a nickname that fit you to a tee.

On September 1, 2020, at 8:30 a.m, God called his son to return home. He leaves to mourn: his mother, Odell Askew-Johnson, aka Grown baby, of Tuskegee, Alabama; mother-in-law, Thelma Frandeno, aka Snow, of Harlem, NY; three brothers, David Johnson of NC, James Roberson and Richard (Ronnie) Johnson; two sisters, Glenda Hughely-Tarver and Vanesta Johnson all of Alabama; three brothers-in-law, Erick Frandeno, and Earl Frandeno both of Harlem NY, and Zac Tarver of Alabama; one sister-in-law, Twana Wright-Johnson of NC; his wife and best friend, Mae Wright of Harlem, NY; his four adult kids, Stephanie Pumpkin Wright aka Water Doll, Theresa Cookie Wright aka Black, his one and only son, Terry Jr Wright, and Ziariah Wright aka Boody/Bro, all of Harlem NY; his nephew/son, David Johnson Jr.; two grandsons, Chaz Ellis-Wright aka Rock, Fendi Outlaw (the dog); three granddaughters, Zariya Jeffers-Wright aka Brillo, Zaylyn Samuels aka Peanut, and Zoe Stevens aka Cry Baby; and a host of nieces, nephews, cousins and close friends.

Terry was loved by many and will be missed by all.
Read Less

To send flowers to the family or plant a tree in memory of Terry Lowe Johnson, please visit our Heartfelt Sympathies Store.

We encourage you to share your most beloved memories of Terry here, so that the family and other loved ones can always see it. You can upload cherished photographs, or share your favorite stories, and can even comment on those shared by others. 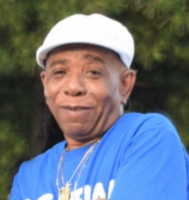 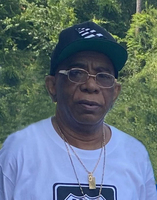 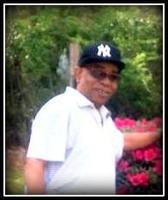