To share your memory on the wall of Shirley Jackson, sign in using one of the following options:


Shirley Jackson was born July 1, 1934 in New York City, New York to Ollie Mae Barefield and John Thomas Jackson. She was the fifth of six children to Ollie and JT, as her father was called. Daniel was the eldest child and first son, then daughters Carrie and Dorothy, another son Louis, and finally two more daughters, Shirley, and Gloria.

Shirley Jackson was educated in New York, attending Central Needles Trades High School where she graduated and learned to sew. She was united in marriage to James Proctor of Savannah, GA in1959. They settled in Harlem, NY and her husband opened a candy store/shoe-shine shop to support the family. It became a popular gathering place for everyone in the neighborhood. They were blessed with one daughter, Melanie Proctor-Truesdale in June of 1960. Their daughter Melanie bestowed them two beautiful grandchildren.

Shirley Jackson was employed for 20 years at the Rockland Psychiatric Center in Orangeburg, NY as a staff aide, retiring in 1997. She also enjoyed doing volunteer work in her community. She loved helping others, especially children and the elderly. If she saw a need, she would try to help or provide what was needed.

She was an excellent seamstress, and a lover of arts and crafts and decorating. She would make practical and creative things for use around the house which she would give as gifts to friends and family. She loved to cook and entertain making family favorite dishes such as macaroni and cheese and potato salad. She also loved playing cards and board games, especially a game called SKIPBO which she would teach to all her neighbors in her senior living facility. She was willing to teach anyone how to play if they were willing to sit and learn. She was quiet by nature,but also had a great sense of humor.

She absolutely loved her grand and great grandchildren and was so happy when they called or visited her. While infirmed at the nursing home, many of the friends would stop by and visit, discuss the Bible, the hope of Paradise earth and pray with her. She truly enjoyed those visits, they encouraged and uplifted her.

On August 19, 2020, Shirley Jackson passed away at Alaris Healthcare in New Jersey. She was preceded in death by her parents, her brothers Daniel and Louis Jackson and her sister Dorothy Jackson-Arroyo.

Shirley leaves to cherish her memory:

To send flowers to the family or plant a tree in memory of Shirley Mae Jackson, please visit our Heartfelt Sympathies Store.

We encourage you to share your most beloved memories of Shirley here, so that the family and other loved ones can always see it. You can upload cherished photographs, or share your favorite stories, and can even comment on those shared by others. 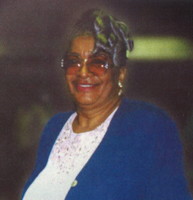