To share your memory on the wall of Leonard Calhoun, sign in using one of the following options:

Gary was born into a family with one other sibling at that time, an older sister. A younger brother was born 4 years later which made Gary the middle child. Although his first name was Leonard, the family called him by his middle name, Gary, to avoid household confusion because my father's name was Leonard. Once he hit school and learned that his first name was actually Leonard, just like his father, it became a source of pride and a required title all the days of his life.

Gary had a very unique personality starting with the fact that he was left handed, which in those days brought a bunch of nuances with it that he had to overcome. Music was very much at the heart of the household and at the age of 4, Gary was totally groovin' with Miles Davis and Cannonball Adderly. (His older sister's thoughts were.....this kid is weird.) Other favorite artists included Stanley Clarke (School Days album), and Bob James (Passport).

Academic excellence was a matter of life or death in our home, so Leonard excelled in school. He went to All Saints Roman Catholic Elementary School and then on to All Hallows High School where he excelled in both. He also was on the wrestling team. He went on to Lehman College but got distracted, lost interest, you know that age. So he worked at a rubber supply company for many years. Then as a bike messenger for many years (until "the accident"). Then on to be a salesman at a children's shoe store on West 125th Street in Harlem for many years. All his jobs required him to deal with a lot of people (the public) which he seemed to enjoy.

He leaves behind: one sister, one brother, one sister-in-law, four nephews, one niece, about four generations of cousins, also two very elderly aunts.

Leonard was truly a unique person. In three words: left-handed, loving, and genius. He was the one that would call you and insist on a conversation even though you said you were busy. He was that one who kept in touch with everybody. He was that one that once he started something...a job, an education, a relationship....he stuck with it to the end. He was very witty and loved to press people's laughter button, even if they had no idea what he was talking about .....a trait he inherited from his father.

He is sorely missed already. One is never ready for this type of loss. It really hurts. We love you Gary. Rest in peace.

The steps of a good man are ordered by the LORD: and he delighteth in his way. Though he fall, he shall not be utterly cast down: for the LORD upholdeth him with his hand. I have been young, and now am old; yet have I not seen the righteous forsaken, nor his seed begging bread.
Read Less

To send flowers to the family or plant a tree in memory of Leonard Gary Calhoun, please visit our Heartfelt Sympathies Store.

We encourage you to share your most beloved memories of Leonard here, so that the family and other loved ones can always see it. You can upload cherished photographs, or share your favorite stories, and can even comment on those shared by others.

Posted Aug 28, 2020 at 09:12am
Gary, you will be sorely missed. It was a pleasure having you as a friend. You touched and brightened each of our lives with your presence. Thank you

Posted Aug 26, 2020 at 09:24am
On behalf of the Riverton Crew, we are planting a tree in Gary's honor. This represents the life, strength, and beauty of his life. 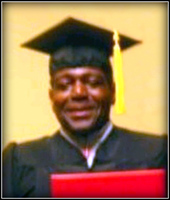