To share your memory on the wall of Allen Manning, sign in using one of the following options:

Allen was known to many friends and family by either Pump-Pump, Al-Buff, Buff, Shawn, or Bundy. He had a joy and passion for bowling which was also instilled in Mona's four other children by their grandmother, Ms. Gerri. His love for cooking and grilling earned him the title "chef" amongst his friends during their cookout gatherings.

Allen was educated in the New York City Public School System. He worked various jobs, most recently in construction. His father and brothers are part of the same company.

He kept a low profile and had a heart of gold. This same heart shattered while holding his brother Kenny (KB) that early morning of July 8th, 2020.

He was preceded in death by both grandmothers, Gerri Brown and Naomi Manning; and uncles, Kevin Brown and Wayman Manning.

Shaquanda, Janson, Terrell, Lou Cross and Sean Moe, your brother has no more pain. He's at peace. We all know what he's been going through. Special thanks to the crew that helped Allen enjoy his birthday in Atlantic City two weeks ago. He needed that and so did you all to add to your memories. He fought a good fight.

Allen your spirit lives in our hearts,
So, its okay you're home now get some rest.

To send flowers to the family or plant a tree in memory of Allen Rashawn Manning, please visit our Heartfelt Sympathies Store.

We encourage you to share your most beloved memories of Allen here, so that the family and other loved ones can always see it. You can upload cherished photographs, or share your favorite stories, and can even comment on those shared by others. 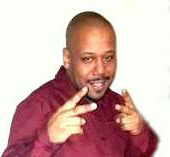