To share your memory on the wall of Jeffery Hairston, sign in using one of the following options:

Jeffrey began his education at C.E.S. 2 in the The Bronx, New York in 1976. After which he attended I.S. 148 in the The Bronx, New York. Jeffrey graduated from the Dewitt Clinton High School, successfully earning his high school diploma in 1987. In 1988, Jeffrey enlisted in the United States Navy. He was stationed in many places in the world during his enlistment. While a member of the Navy, Jeffrey married his wife, Jacqueline. Their union was blessed with four beautiful daughters. Jeffrey completed 10 years of dutiful service with the Navy. After leaving the Navy, he resided in the state of Texas with his family. In 2000, he returned to New York and was employed as a Security Officer at the Treatment and Recovery Center.

Jeffery was a devoted and loving son, father, grandfather and brother. He was well respected by his family and his friends. He had a great sense of humor. He was very thoughtful and kindhearted. Jeffery never hesitated to give to family and he gave from his heart.

To send flowers to the family or plant a tree in memory of Jeffery Hairston, please visit our Heartfelt Sympathies Store.

We encourage you to share your most beloved memories of Jeffery here, so that the family and other loved ones can always see it. You can upload cherished photographs, or share your favorite stories, and can even comment on those shared by others. 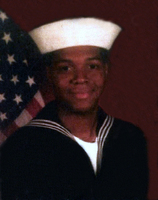