To share your memory on the wall of Earl Green, sign in using one of the following options:

Print
Earl Darryl Green was born on April 16, 1958 to Ella Mae Green and Gonzalez Norman in Harlem, New York. He was the fifth of six children.

In his youth, Earl attended PS 175 in Harlem, New York before relocating to St. Helena Island, Sou... Read More
Earl Darryl Green was born on April 16, 1958 to Ella Mae Green and Gonzalez Norman in Harlem, New York. He was the fifth of six children.

While in High School, Earl played both varsity basketball and baseball. He also worked as a Lifeguard at the time. Upon graduation, he attended Monroe College in New York City, where he earned his Associates and Bachelor's degrees in business management.

Earl's faith by way of Jehovah's Witness was instilled in him as a child by his mother, Ella. He used the teachings of his faith to be compassionate, loving, and helpful to others. Earl was a man of patience, virtue, and kindness. He was always willing to be there for his family and friends. As a professional photographer, Earl used his love of photography to capture beautiful memories and the beauty in things around him.

Earl, affectionately called Oompa by those dear to him, was truly one of a kind. His positive outlook on life overshadowed his illness.

Oompa was called home on May 24, 2020, to join his parents, his sister Diane, and his brothers, Curtis and Walter.

He leaves to cherish fond memories: his daughter, Kendekka; his grandchildren, Jessica, Kayla, Talira, Tilden, Kali, and Kiara; his sister, Yvonne; his brother, Guy; and his paternal sister, Amina; as well as his ex-wife, Yolanda; his son, Terrell; his beloved pets, Rae Rae and Carter; and a host of nieces, nephews, cousins, and friends.

Oompa will be dearly missed by all whose lives he touched.

To send flowers to the family or plant a tree in memory of Earl Green, please visit our Heartfelt Sympathies Store.

We encourage you to share your most beloved memories of Earl here, so that the family and other loved ones can always see it. You can upload cherished photographs, or share your favorite stories, and can even comment on those shared by others. 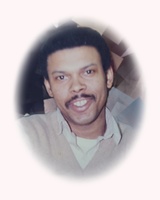