To share your memory on the wall of Diane Phifer, sign in using one of the following options:

Lady Di was educated in the Detroit Public School System. She graduated from Northeastern High School. She was born and raised in the spiritual Israel Church and its Army. She served dutifully on the Ushers Board and was a singer in the choir. She later became an Elder Bride Mother of the Mothers Board and became a member of the United Ministers Council.

She later moved to New York City for a better life and married Elder Thomas Phifer who preceded her in life. She worked side by side with her husband and supported his ministry as a faithful First Lady. She rose from Reverend to Elder as the Assistant Pastor of the Brooklyn Temple in New York City.

She worked as a School Crossing Guard and as a Packer for Exquisite Forms in Yonkers, NY. She later worked as a Caseworker for Ithaca and West Midtown Medical Facilities until her retirement in 2019.

To send flowers to the family or plant a tree in memory of Diane Phifer, please visit our Heartfelt Sympathies Store.

We encourage you to share your most beloved memories of Diane here, so that the family and other loved ones can always see it. You can upload cherished photographs, or share your favorite stories, and can even comment on those shared by others.

Posted Jun 11, 2020 at 08:36am
It is with deep Sympathy and tenderness of heart, that we the members of the spiritual Israel church & it’s Army the Indianapolis Temple bring you these words of encouragement. Although we feel pressed on every side by grief and trouble, we continue to rise knowing that the God of Israel is still in charge and not we ourselves We pray as you reflect on the time that the God of Israel has allowed your loved one to be in your life that you can be thankful for that time and fine some joy to help ease your sorrow. Seek comfort I. The word of the most high God as well as the love 💗 and support of family and friends we are here for you all when you need just a hug or a kind word to brighten up your day
Peace and Love
District Bishop J.R.& Wife Br Mo Val Carswell
And the Indianapolis Temple
Comment Share
Share via:
RM

Posted Jun 10, 2020 at 10:00pm
Sending prayers of sympathy to you as you honor your Mother and my sister Diane. Praying the God of Israel will comfort you and as you remember her your memories of time spent together will comfort you and strength you and keep her close.
Peace and Love
Mother Renva Mills
Comment Share
Share via:
RM

Posted Jun 10, 2020 at 09:55pm
The Pastor and Members of The spiritual Israel church and Its army, Mt. Clemens extends to you our deepest sympathy in the loss of your Mother and our sister, Diane. We pray the God of Israel will grant you peace and comfort during this most difficult time. May your fond memories strength and carry you through.
Peace and Love,
The Spiritual Israel Church Mt. Clemens Temple
Bishop Kenneth Edwards, Pastor
Elder Marion Robinson, Assistant Pastor 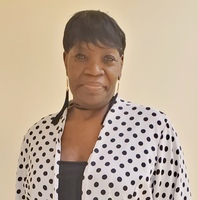