To share your memory on the wall of Bertha Wright, sign in using one of the following options:

Print
Bertha Louise Long Wright (née Dempsey), known to her family and friends as, "Bert," was born on December 25th, 1943 in Williamston, NC. She was considered by her parents to be an amazing Christmas gift.

Bertha was educated in the Willi... Read More
Bertha Louise Long Wright (née Dempsey), known to her family and friends as, "Bert," was born on December 25th, 1943 in Williamston, NC. She was considered by her parents to be an amazing Christmas gift.

Bertha was educated in the Williamston, NC school system. In 1961 at age 17, she relocated to New York City, where she attended Washington Irving High School in Manhattan. She gave birth to two sons, Wilmer and William, before meeting and marrying her husband, Billie Wright in 1967. Their union saw the birth of their daughter, Tabatha.

A wife raising three young kids, Bertha was a remarkable homemaker and returned to the workforce when her children got older. In 1990, she retired as a desk receptionist, a position she held for many years, at the apartment building she resided in for over 40 years.

Despite Bertha's long history of health challenges, she would never let that discourage her or those around her. She was so full of life and cherished every moment she spent with her family and friends. She had an amazingly uplifting spirit, was kind, gentle, loving and selfless. One of her favorite things to say was, "If I have it, then you have it." If it was in her power to DO for someone, she DID IT without hesitation. And talk about amazing resilience - as ill as she often was, she always rallied back and miraculously recovered. She may have been tiny, but she was mighty!

Anyone that knew Bertha knows how much she loved the Lord and was His devoted servant. She was an active member of Greater Central Baptist Church, attended Sunday School, sang on the Jubilee, Sanctuary and Mass Choirs, and spent a brief time as the Sick Fund coordinator for the Sanctuary Choir. One of Bertha's final wishes was to get well enough to return to worship at church, deliver her testimony of faith, strength and courage and sing the song that was always on her heart, “I’m Still Here.” Although she did not get a chance to do that on earth, we know and pray that she will fulfill this wish in the presence of Our Savior.

Bertha was called from earth to glory on Wednesday, May 13, 2020. Her life was a true gift to us all and we were so blessed to have her among us for as long as we did. Now, her pain and suffering are over.

To send flowers to the family or plant a tree in memory of Bertha Wright, please visit our Heartfelt Sympathies Store.

We encourage you to share your most beloved memories of Bertha here, so that the family and other loved ones can always see it. You can upload cherished photographs, or share your favorite stories, and can even comment on those shared by others. 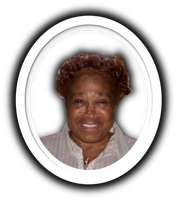