To share your memory on the wall of Kevin Weldon, sign in using one of the following options:

Print
Kevin Richard Weldon was born In Harlem, New York to his awesome and proud parents, Richard and Marguerite Weldon on February 28, 1962. He was the eldest of four children.

Kevin attended P.S. 76 and Wadleigh Junior High School in Harlem... Read More
Kevin Richard Weldon was born In Harlem, New York to his awesome and proud parents, Richard and Marguerite Weldon on February 28, 1962. He was the eldest of four children.

Kevin attended P.S. 76 and Wadleigh Junior High School in Harlem and Charles Evan Hughes High School in Manhattan. He received a business certificate from Bronx Community College; however, Kevin was a student of life and continued to self-educate for the betterment of himself and his family

Kevin worked for George H. Weldon Funeral Home as an office assistant and Sherman & Sterling Law Firm in the Office Services department. After his stint in the private sector, Kevin was employed with the New York State Insurance Fund as an Office Clerk. He worked at both the Manhattan and White Plains locations. Kevin worked closely with his brother in real estate development, home renovations and other ventures.

Kevin Weldon and Josephine Pittman were married December 31, 2015. Kevin was blessed with four beautiful children and four grandchildren. They meant everything to him.

Kevin, Thugy, Kev, Kevboswev, Tree Top, Big Bro, Gentle Giant, Uncle Kevin, Uncle Kev, Grandpa, Grandpa Kevin, Daddy, Pops, as he was affectionately called. He was a man like no other. He was the best son a mother and father could ever have. He taught and protected his brother and sisters fiercely. The four “Ks” had a special bond. Kevin did not recognize “in-law” in the terms Brother-in-law and Sister-in-law. Fatman, Jennifer and Anthony were his brothers and sister. He was our confidant. Kevin fussed over his children and grandchildren with care and dedication. “Daddy was the type of father who called to check in just to hear his kids’ voice, and to provide random words of wisdom. Any time he could teach anyone something new, he jumped at the opportunity. Daddy welcomed any and everyone into his circle, accepting our friends as his son or daughter and making them feel a part of our family. Daddy was a hands-on Dad and Uncle, showing up for school events, basketball games. Whatever needed to be done for his kids, he did it!” He helped with homework, attended PTA meetings and loved hanging out with his children. They were his treasure; a fantastic godfather to his niece and nephew. He was a good and caring husband. Kevin had a special relationship with each of his aunts, uncles, nieces, nephews, cousins, colleagues and many many many many friends. Kevin treated everyone he came in contact with like family. He traveled far and wide to stay connected with family and friends. He would go out of his way to help strangers. If you were in his circumference, you were looked out for if you knew him or not. All that knew him were blessed because he made all of us feel loved and special. Kevin played a special part in each of our lives and loved all of us unconditionally.

Kevin loved playing basketball and had a reputation as a very good player with a radar-like jump shot that never missed. Kevin could beat anyone just taking jump shots. He was always the front leader on projects he got involved in. Kevin was well known and had the status of a celebrity. Kevin and his brother look so much alike. People everywhere would yell at his brother from a distance, with passion and admiration, "what's up Kev?" as if they were so happy to see him only to find out it was his little brother. Kevin was also an advent reader, a builder, loved going to the movies, loved binge watching television, loved camping, exercising, had a unique sense of humor and very silly.

Kevin will be severely missed and his imprint on our lives will be forever embedded. The world has lost a great, loving, lovable, kind and strong man. He was a good person and a good man. I mean a GOOD PERSON and a GOOD MAN. Kevin will always be remembered for the rest of our lives. He was our king and our angel.
Read Less

To send flowers to the family or plant a tree in memory of Kevin R. Weldon, please visit our Heartfelt Sympathies Store.

We encourage you to share your most beloved memories of Kevin here, so that the family and other loved ones can always see it. You can upload cherished photographs, or share your favorite stories, and can even comment on those shared by others.

Posted Jul 01, 2020 at 11:27am
I worked with Kevin until I retired a couple years ago. I just heard about his passing last night and am quite saddened. Kevin always went the extra mile at work and was willing to help anyone who asked, always without hesitation and with a smile on his face. My condolences to his family and friends on the loss of this good man.
Comment Share
Share via:
T

Posted May 14, 2020 at 11:59pm
I was very shocked and I am deeply, deeply sad to hear of Kevin’s passing. I have always liked Kevin and he was the ONLY person who could put a smile on my face and brighten my day at work- every time I saw him. I still don’t want to believe this is real. 2020 started out bad but now this year will be the WORST for me because I will never see Kevin again. My deepest condolences to his family.
Comment Share
Share via: 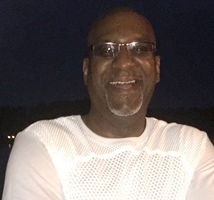