To share your memory on the wall of Orie Pierce, sign in using one of the following options:

Print
Orie Pierce was born in Monks Corner, South Carolina, to proud parents Wilbert and Lucy Richardson. She was the fourth of eight children.

Orie attended elementary school in South Carolina. The family then migrated to New York, settling ... Read More
Orie Pierce was born in Monks Corner, South Carolina, to proud parents Wilbert and Lucy Richardson. She was the fourth of eight children.

Orie attended elementary school in South Carolina. The family then migrated to New York, settling in the borough of Manhattan where she went to school and graduated from Brandeis High School. She then attended the Superior Career Institute where she became licensed by the State of New York as a registered nurse.

After receiving her license, she went to work for New York University Medical Center where she put in twenty-six years of dedicated service and received numerous promotions. She was a member of the Kingdom Hall of Jehovah's Witnesses in East Harlem Manhattan, New York.

Orie enjoyed watching her westerns on television with a couple of cold ones.

Orie departed this life on March 1, 2020, and has gone on to join her parents, Wilbert and Lucy; brothers, John and Jonathan; sisters, Mary and Lorraine and daughter, Nicole Pierce.

To plant a memorial tree in honor of Orie Pierce, please visit our Heartfelt Sympathies Store.

We encourage you to share your most beloved memories of Orie here, so that the family and other loved ones can always see it. You can upload cherished photographs, or share your favorite stories, and can even comment on those shared by others.

Plant a Tree in Memory of Orie
Plant a tree 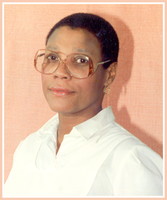