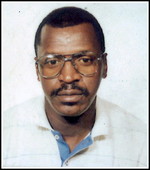 Ronald Gathers was born on June 4, 1945, to Leroy Franklin and Geneva Gathers in Charleston, South Carolina.

Ron attended Berk High school in Charleston before his migration to New York City in 1964, where he eventually met Barbara Ann Wilder and married her in 1966. The couple raised a family of four children.

During his lifetime, Ronald Gathers worked hard to provide for his family. He was employed at Brisk - Local 66 as a brick layer and construction worker. He was also employed at the East River Nursery Day Care Center as a custodian, in addition to being self employed as a taxi driver for over thirty years.

Ronald departed this life on February 21, 2020, at the age of 74 years old and went on to join his parents on this memorial occasion. His wife Barbara Ann Gathers; four children, Ronald Lamont Jr., Wayne Du'voe, Marc Copage, and Aunieca Andrea a.k.a. Lady Gathers will carry on his memory along with his sisters, Gerri Freeman, Peola Wright; and his brother Leroy Gathers, in addition to many cousins, aunts, nephews, uncles and other relatives.

Lovingly Submitted by,
The Family