To share your memory on the wall of George Walker, sign in using one of the following options:

Print
George Walker was born on January 11, 1939, in Leavenworth, Kansas, the son of Eddie and Vesta (Wilson) Walker. His family moved to New York City when George was a young boy, where he graduated from high school.

George began full-time e... Read More
George Walker was born on January 11, 1939, in Leavenworth, Kansas, the son of Eddie and Vesta (Wilson) Walker. His family moved to New York City when George was a young boy, where he graduated from high school.

George began full-time employment at Macy's Herald Square in 1970 and retired in 1998. He also served in various leadership roles for Local 1-S of the Retail, Wholesale and Department Store Union. He was a "dedicated, strong and respected Union Leader." If an employee had a problem with management or was treated unfairly, they were told "go see Big George!'

In 1978, he met and married Gladys Marie Johnson. They met at Macy's Herald Square, where it was often remarked "I wonder what the romance is about between George Walker and Gladys Johnson on the 7th floor." George was an avid sports fan and enjoyed traveling with Gladys.

To send flowers to the family or plant a tree in memory of George Walker, please visit our Heartfelt Sympathies Store.

We encourage you to share your most beloved memories of George here, so that the family and other loved ones can always see it. You can upload cherished photographs, or share your favorite stories, and can even comment on those shared by others. 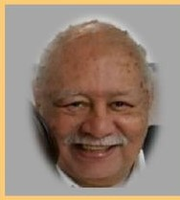