To share your memory on the wall of Hebert Green, sign in using one of the following options:

Print
Herbert’s sunrise was March 16, 1969 this beautiful bundle of joy was shared with the late Louise Mitchell Green and Herbert Mangum in Bronx, NY.

Herbert received all of his formal education from New York City Public Schools.
<... Read More
Herbert’s sunrise was March 16, 1969 this beautiful bundle of joy was shared with the late Louise Mitchell Green and Herbert Mangum in Bronx, NY.

Herbert received all of his formal education from New York City Public Schools.

Herbert continued to turn his tragedies into Triumphs during what may have been difficult times he shined like a star in the sky. Herbert received Christ at young age he was a member of Friendly Baptist Church under the leadership of Rev. Albert Sutton until he moved his membership to Downtown Baptist Church under the leadership of Bishop James A.W. Dudley.

Herbert met and Married Aletra Sabrina Dawson in June 1990 and from this union they have one son Tayquine Jammel Green. Herbert was a loving and devoted husband, father, son, brother, uncle and friend. Herbert exemplified the meaning of hard work throughout his life, he has been working since he was 17. Herbert during his illness exhibited importance of taking care of his home, anxious to return to work, to get off his sick bed. Herbert knew the Lord as his personal Savior.

Herbert sunset on January 27,2020 at 11:30 pm he heard the Lord call time to come home well done thy good and faithful servant, you fought a good fight stayed your course now come and take your rest.

To plant a memorial tree in honor of Hebert Green, please visit our Heartfelt Sympathies Store.

We encourage you to share your most beloved memories of Hebert here, so that the family and other loved ones can always see it. You can upload cherished photographs, or share your favorite stories, and can even comment on those shared by others.

Posted Feb 07, 2020 at 08:10am
The Security Division of the Fulton Fish market would like to express our deepest condolences to the Green family on their loss. Herbert will be remembered as a consistent, professional and personable man who always garnered our utmost respect. He will be missed and may he rest in peace. 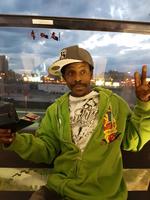 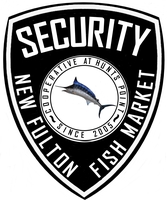