To share your memory on the wall of Marguriete Price, sign in using one of the following options:

Marguriete loved her family and friends dearly. She was an intelligent, caring and giving person who had a quick wit and enjoyed laughter. Educated in the New York City public schools, she was a talented student throughout these years. Her christian experience began at All Souls Episcopal Church, where she received her confirmation and First Communion. She attended church until she was physically unable.

After attending the City College of New York, she was employed by the New York City Department of Education. Benjamin Franklin High School is where she formed lifelong friendships with her colleagues. Her dedication to assisting her students in learning, lead her to be an example to those she had the pleasure of teaching.

In 1982, she married Harish Kumar. From this union their son., Bali Kumar, was born. He was the joy and pride of her life. Marguriete was blessed to travel and enjoy the graduations of her son from Brown University, the London School of Economics in England, and Berkeley Law School.

In 2000, she was employed as a Counselor at Project Samaritan in the Bronx. While there, she met and counseled many clients. They came to respect and admire her for her honesty, and testimony on how they too can overcome the obstacles in their lives.

Her favorite past time were online shopping, playing solitaire on her computer, and creating art projects and movie nights with her grandniece BFF Jayla. She enjoyed outings to Costco, Stew Leonard, Target and eating out with her brother Dougie, cousin Geraldine and sister-in-law Minnie. She was noted for her cooking, especially her potato salad that everyone looked forward to at family gatherings.

To plant a memorial tree in honor of Marguriete B. Price, please visit our Heartfelt Sympathies Store.

We encourage you to share your most beloved memories of Marguriete here, so that the family and other loved ones can always see it. You can upload cherished photographs, or share your favorite stories, and can even comment on those shared by others.

Flowers were purchased and a memorial tree planted for the family of Marguriete Price. 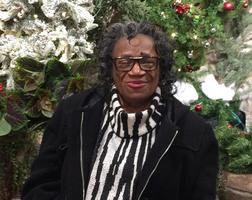