To share your memory on the wall of Dorothy McNeil, sign in using one of the following options:

Print
Dorothy McNeil was born to Jean Rapp and James Croom at Sydenham Hospital in New York City on May 11, 1944. She was the third of seven children.

She attended elementary school in New York City and went on to graduate from Charles Evans ... Read More
Dorothy McNeil was born to Jean Rapp and James Croom at Sydenham Hospital in New York City on May 11, 1944. She was the third of seven children.

She attended elementary school in New York City and went on to graduate from Charles Evans Hughes High School. She later met Lonnie McNeil Sr. and the two were married on February 3, 1962. This union was blessed with four children Ivan, Loretta, Lonnie Jr, and Calvin.

She was a member of the Southern Baptist Church in New York. Dottie or D-Mac, as she was affectionately referred, was a devoted mother and grandmother to everyone in the neighborhood. Her door was always open to all she knew and loved.

Dorothy departed this life on January 21, 2020, and has gone to join her parents, her son Ivan, daughter Loretta, her brother Butch and sister Pearl who preceded her in death.

Dorothy will be dearly missed by all whose lives she touched.

To plant a memorial tree in honor of Dorothy McNeil, please visit our Heartfelt Sympathies Store.

We encourage you to share your most beloved memories of Dorothy here, so that the family and other loved ones can always see it. You can upload cherished photographs, or share your favorite stories, and can even comment on those shared by others.

Plant a Tree in Memory of Dorothy
Plant a tree 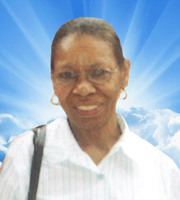