To share your memory on the wall of John Purcell, sign in using one of the following options:

Butch graduated from Rice High School in New York and later went on to North Carolina Central College (now University). He was known all over campus as being a lively, friendly person but also for his love of basketball, which was evident as he always carried a ball around even in the dining hall. He loved North Carolina and made many lasting friendships at NCC. He loyally returned for many of the homecomings and was always known for being the person that made people feel important, engaged, and thoroughly entertained. Butch graduated from NCC with a Bachelor of Arts Degree. He continued his education here in New York and received his Master's in education and Counseling from Long Island University.

On a night in 1966, a young Mary Smalls returned home after meeting Butch and told her mother, “I met the man I’m going to marry”. With blessings of Mary’s mother, Helen, who adored Butch, they were wed on September 14, 1968. In Mary, Butch found his greatest friend and confidant. She was the love of his life. John and Mary started their new life as one of the first black families to move into Stuyvesant Town, where they continued to reside and thrive in that same community today. Mary and Butch were blessed with the birth of their son John Purcell IV, on September 18, 1970. Their world would never be the same, it would resonate with pride and joy at having him as a constant source of unconditional love. To feel the specialness of being a parent was to watch Butch talk about his John and to hear their shared humor and laughter. Being a devoted father to John and a supportive husband to Mary will always be Butch’s greatest achievement. He loved his family, and this love extended to his adoring nieces and nephews.

Butch’s formative years in Harlem were greatly influenced by his family for whom he had the utmost respect and admiration. His mother worked for the Veteran’s Administration, and his Aunt Lorraine Younger was a Youth Leader at St. Philips Church. His Uncle Carl was a child star with a passion for acting, singing, and dancing. He served in the US Army and performed for the USO. His Uncles Eddie and Sonny Younger both excelled in college basketball and played in the semi-professional black basketball leagues. Hence, we understand Butch’s love for music, dancing, stability in employment, helping others, and basketball. It was Butch’s Grandma Younger who insisted on Butch getting a conventional job in lieu of a basketball career.

Basketball was always Butch’s passion and was a major part of his life. He coached from 1972-1992 at the Harlem Rucker Park tournaments as well as for the New York Professional Basketball League. He mentored and coached at least 75 NBA players. Butch also worked for the Stuyvesant Town Recreation Department for two years.

Butch received well-deserved recognition for his contributions to basketball and positive changes in the NY community. In October 2017, Butch was inducted into the Basketball Hall of Fame of the Brooklyn USA Athletic Association. In September 2019, Stuyvesant Town renamed Playground 9 and its several basketball courts in Butch’s honor. Butch was respected and admired by community leaders, neighbors, business owners, and he became known as “The Mayor of Stuyvesant Town”, a title he appreciated, admired, and was honored to adopt.

After retiring, Butch got into acting and appeared as extras in several TV programs, including “Law and Order” and “The Last OG.”. He loved watching Jeopardy every evening, watching and discussing any and all basketball and football games, going to the 14th Street Y, and helping/socializing with friends. He was always willing to stop, talk, and listen even when taking his little Ginger (Gin-Gin) for her daily walks.

Butch loved life, he genuinely loved people. His outgoing personality was so special. He used every opportunity to meet and greet people with a smile and a twinkle in his eyes, be they coworkers, neighbors, athletes, or politicians. He made strangers feel like longtime friends. He loved to refer to people as “My man!” He was endearing and funny. He was knowledgeable and down to earth. He was caring and loving. He was helpful and inspiring. He was a joy to be around at every function! The telephone was his connection with the world when he was not out and about in the neighborhood with Ginger or uptown in Harlem. To know Butch was to love him and his endless empathy, compassion, and friendship to so many. He will be greatly missed by everyone he touched. He will never be forgotten.

To send flowers to the family or plant a tree in memory of John "Butch" Purcell III, please visit our Heartfelt Sympathies Store.

We encourage you to share your most beloved memories of John here, so that the family and other loved ones can always see it. You can upload cherished photographs, or share your favorite stories, and can even comment on those shared by others.

Shirley, Sonny, Jeanine, Edmund and Cherilyn., Eugene, and other have sent flowers to the family of John "Butch" Purcell III.
Show you care by sending flowers

Guaranteed hand delivery by a local florist
B

Posted Jan 17, 2020 at 12:36pm
RIP. Butch- I have known you my whole life, we played ball together, you were never to big or to good to play with the kids. You supported us with your love and positivity. I will miss seeing you with your sweet puppy and chatting on the benches. I will miss our story time and just seeing your smile and hearing your laugh. Butch, You are always an inspiration to me as I am sure you were an inspiration to many a young child growing up here in Stuyvesant Town and also around the city up at the Rucker tournament. You looked after people with problems you put your arms around people and supported them you truly are a legend. I will never forget you. Your Friend Bruce Grilikhes
Comment Share
Share via:
SC

Posted Jan 16, 2020 at 07:31pm
We cherish the memory of our beloved Uncle Butch. May you be comforted by the outpouring of love surrounding you.

Posted Jan 16, 2020 at 06:03pm
John when I received the call my heart was broken. This is the world's loss and heaven's gain. Your legacy will last on the people you touched. Love u

Eugene purchased flowers and planted a memorial tree for the family of John Purcell. Send Flowers

Posted Jan 16, 2020 at 10:42am
To my Brother from another Mother: You will always be remembered. With love from Larry, Carolyn, and Azsa. Rest In Peace.

Posted Jan 16, 2020 at 09:34am
Life in Stuyvesant Town won't be the same without Butch. My heart is broken for me, his many friends and especially for Mary, John Jr, and sweet little Ginger. Butch always had a warm hello and a knack for making one feel special. I'm grateful that he was honored by Stuyvesant Town, so he knew that he was appreciated and loved by many. His smile and hug will remain with me always. Each time I savor a Macchiato Espresso chocolate chip cookie, I will think of him. My wishes are that Mary, John Jr and Ginger feel the love and support that surrounds them.
Comment Share
Share via: 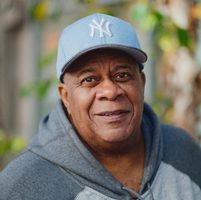 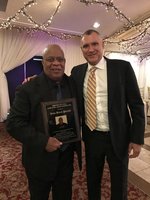 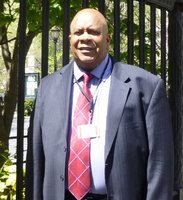